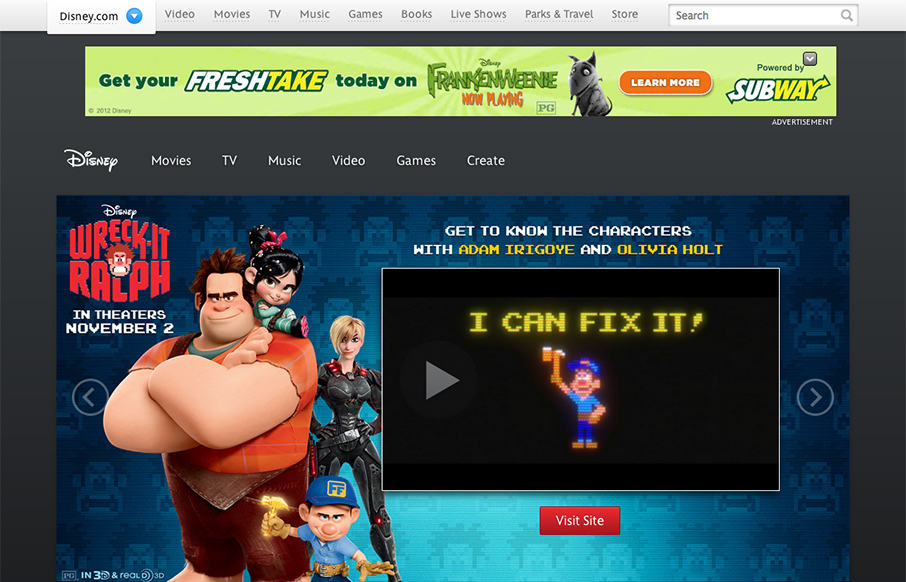 Congratulations to @dromano, @fillup, and the whole team on the slick new design for disney.com that launched today! (finally!)

The new Disney.com site rolled out late in 2012. There’s been a lot of linking and posts created about it, TheFoxIsBlack.com’s own post has more in-depth talk about it than I could create here, so I encourage you to not only check out the website but read their post.

“The site’s understated, clean design highlights the rich imagery from Disney movies and television that can be viewed inline on the site, and a nice use of Ajax and history.pushState makes for subtle, non-jarring page transitions. The site also layers nice contextual interactivity, such as gesture-driven carousels for touch devices and off-canvas page-pushing navigation on small screens. – Scott Jehl, web designer/developer at Filament Group.