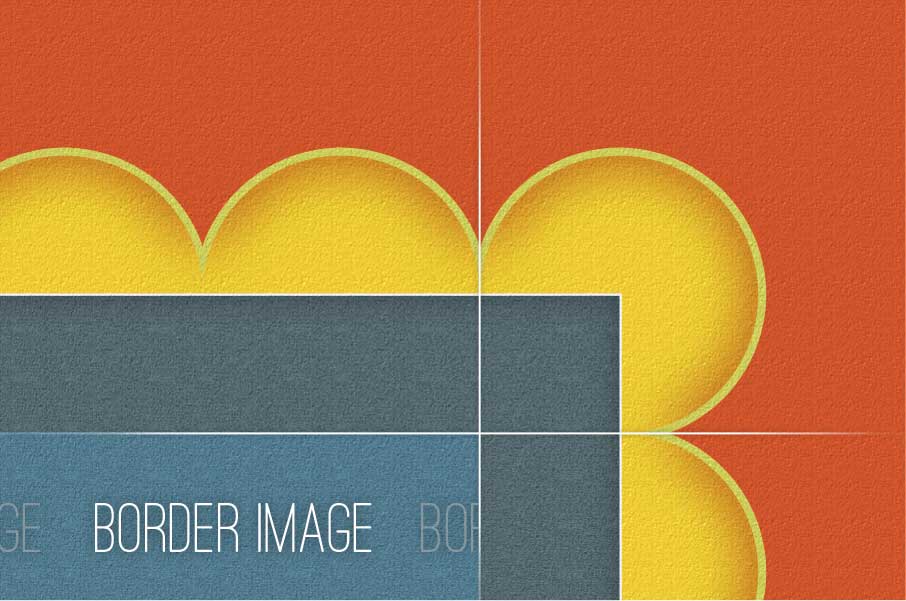 Border-image is a really great property that can and should be used right now. There are some decent fallbacks which gets covered later on in the article.

MDN is usually really great resource when it comes to documentation relating to HTML, CSS and Javascript but their border-image documentation is definitely lacking – I think it’s due to the absence of actual examples. The best resource I’ve come across for border-image is definitely the W3C spec – I can’t say I’ve said that before. That’s the reason I’ve decided to write this article – A resource that thoroughly explains the basics of the border-image properties with relevant examples.

Border-image is quite self-descriptive – It allows you to use an image as a border for an element. Before getting into too detailed, here is an example:

border-image is shorthand for the following properties:

If these properties replaced their value counterparts, it would look like this:

the bolded properties are required, the others may be left out.

Where are the pixel values?

A typical example of a border-image property could look like this:

Now for the Border-Image Properties!

This property requires the CSS url function just like background-image property does. The image we provide here is the image that is going to be used as the border image.

Svg elements are handled slightly differently within the different browsers – Firefox seems to rasterize the svg element and apart from IE9, seems to have the worst border-image support.

This property accepts 4 values, just like the margin and padding property as well as an optional fill value:

Now the same image with a grid overlay:

Obviously 4 numerical values are not required, there are shorthand versions just like the margin and padding properties have.

You may be a bit unsure as to what exactly the 9th section of the image is for. Well, it’s up to you whether you want to use it or not, but it could be used as a pseudo-background. You have the option to completely ignore it and use the background property, or you could use this ‘pseudo-background’ by appending the fill value to the border-image-slice property. This ‘fills’ everything within the border with that section of the image. This fill image is either repeated or stretched depending on the border-image-repeat property. An example of fill in use:

If the fill keyword is left out, by default the fill is not applied, HOWEVER: all vendor prefixed versions of border-image have fill applied by default and there is no way of disabling this option. A work around would be to have the center area of the border-image-source image transparent.

The border-image-slice is heavily dependant upon the border-width property. Imagine these properties being linked by ratio.

This value represents how large the border’s image should be. If you had something like:

This value represents how far outside of the box-model the border image should be rendered. So:

This property attempts to solve a possible problem with the repeated border-image area. 4 possible values are accepted: stretch, repeat, round or space.

Stretch is the default value for the property. This value stretches the tile across the height/width of the element.

Round is the ‘magic’ property. It repeats this area, however if a whole number of tiles don’t fit in this area, the browser resizes the tiles so that it fits snugly. Currently only Firefox and Opera support this value. Any value Chrome doesn’t recognize in this property is treated as ‘repeat’.

Space is similar to round. A whole number of tiles must fit in correctly, otherwise the left over space is distributed evenly between the tiles. This is the only value that is currently not supported by any browser.

An example of each follows:

The stretching colours cause gradients! You can some pretty cool things with this:

border-image overwrites the border-color and border-style properties or visa versa depending on which has a higher specificity. Make sure you apply border-image after the usual border properties for a ‘normal border’ fallback.

Alternatively, there is always a web-developer’s best friend, Modernizr.

As for IE support, there is CSS3PIE. Unfortunately I’ve failed to get this to work even though I followed the site’s documentation. I never have much like with CSS3PIE outside of border-radius and box-shadow, it’s probably something I’m doing wrong.

Chrome Canary doesn’t yet support the border-image-repeat properties apart from stretch and repeat.

If you don’t already know, HTML5Please is an excellent resource and lead me to border-image.com which is a great webapp that could help with any border-image development and understanding.