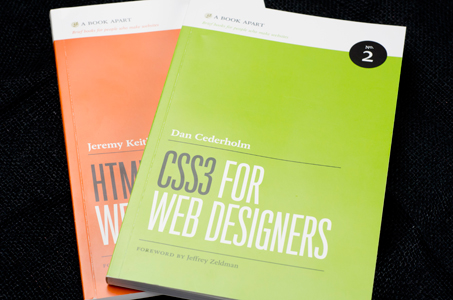 This is a review of the two editions that A Book Apart has so far released. We love both of these books and want to give away a copy to a lucky commentor to this post. So, to be entered for a random drawing to get one of these sharp books, leave a comment below letting us know how you’ve used either HTML5 or CSS3 to push a website you’ve designed or built just a little farther recently.

Giovanni: That’s a good one, it works, it totally works.

Gene: These are the first two that they’ve put out, and I really like the size, the physical size, and the length of these books.

Giovanni: Right, because they’re both brief, definitely to the point. Which is what we really want to talk about, is the style of them, the approach to writing them.

Gene: That’s right. I think recently Zeldman called them “pamphlets.” He referred to it as “Pamphleteering for web standards.” I think they’re a little more than pamphlets, but…

Giovanni: Yeah, they’re about a hundred pages each, right? 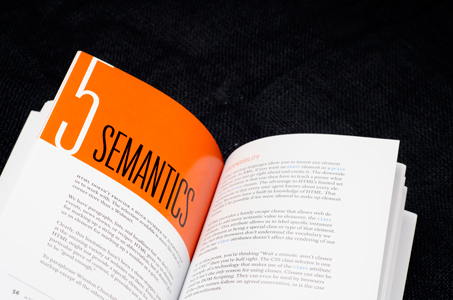 Gene: They’re really great books. The HTML5 has been out for a while, and I know the CSS3 just a couple months, but they’re really good books because they’re quick reads, and you can really keep these things right by you while you’re working on projects.

Giovanni: Right. It’s nice because they are very short and they’re broken down pretty simply by different items, and they can be used as reference because everything is explained in context. 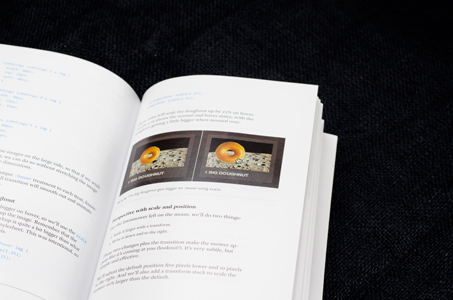 Gene: Right. Particularly the Cederholm book, where, basically, he just built a bad-ass case study sample site, and then broke down how he built all the pieces. That’s great, because you can look at the site, I think the site is “things we left on the moon, ” and stuff like… It’s pretty funny.

Gene: I think when I’m working on projects, I have something designed and I want to do something with it, so I go and I try to find an example that’s like that, and figure out how it’s built. That’s kind of how this is structured, the CSS3 book, and I can appreciate that.

Giovanni: Yeah. The HTML5 book has really good examples as well. It’s maybe not as structured in that way, in that it’s providing kind of a uniform situation where everything is placed and displayed. But it definitely has examples of how to apply things in the appropriateness of certain tags and certain situations.

They’re good resources. They’re short, to the point, they make a lot of sense, and they’re structured nicely.

Gene: Yeah, and they’re really not that expensive either, from what I remember, so if you’re going to get these I don’t know that, personally, one by itself is better than the other. I think you should grab them as a duo.

Giovanni: I think so, too.

Gene: Because you’re going to want to… If you’re into doing some new stuff with HTML5 and applying that to your projects, you’re just going to want both of these references with you. They’re kind of small, so it’s not like carrying around a giant textbook, like some of these books get.

Giovanni: It’s one of those things, though, too, in that they present material that is fairly readily accessible elsewhere, but it’s nice, it’s condensed, and it’s always right there. So it’s maybe easier to find implementation examples in these books.

Gene: The quality of the books, too, are kind of nice for what they are. The books aren’t just going to get ratty in your computer bag or anything like that, they’re going to hold up. Again, they’re not hard cover books or anything.

Giovanni: Right. They’re good, I like them. And I guess the last thing is the writing style. They’re written in very plain English. There’s not a lot of jargony stuff. 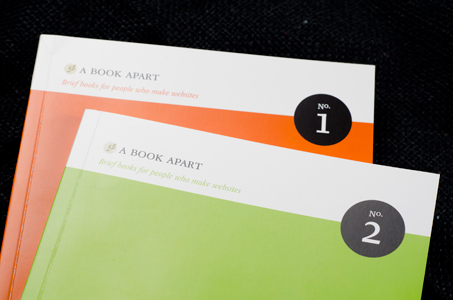 Gene: That’s right, if you read any of the A List Apart blog posts and stuff, it’s very much in the same vein as the way those are written. An epic post on CSS3 or HTML5 is what it comes off as.

Giovanni: They cover a lot. I’m not an expert on HTML5, but this book seems to cover a lot, though there’s a whole lot to the new changes for HTML5. It seems to get most of it.

Remember: leave us a comment below letting us know how you’ve used either HTML5 or CSS3 to push a website you’ve designed or built just a little farther recently. We’ll randomly draw from all those who comment and ship you a copy of one of these great books.