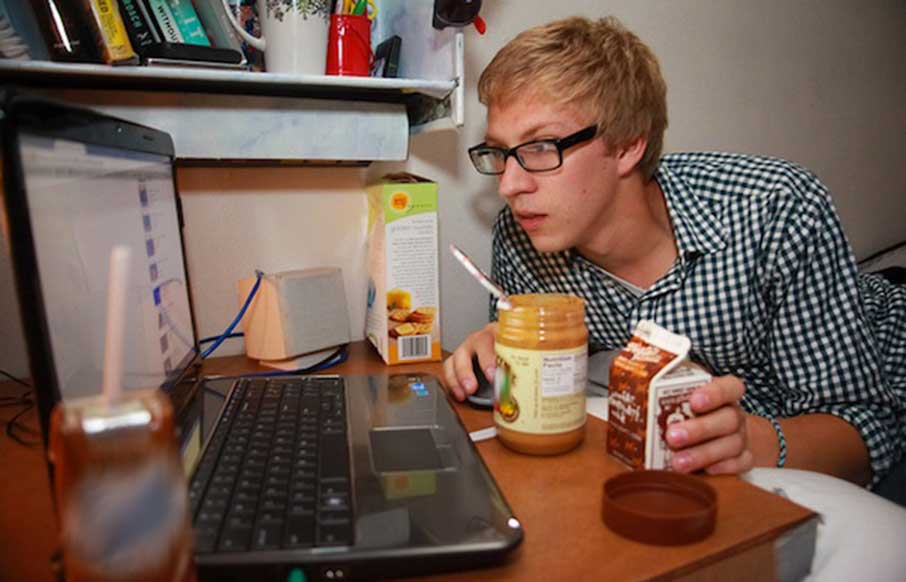 You’re about to start a brand new project with a brand new client. It seems straightforward enough: The client just wants you to design a new website for her bakery. Piece of cake.

But by the end of the project, you’ve “tweaked” the logo, rewritten all of the copy and redesigned the downloadable PDF of the menu, all on top of designing and building the website. Oh, and you’re only getting paid what you originally quoted for the website. Ouch.

So how did this happen? Like many designers, you’ve fallen victim to the creep. Scope creep, that is. So what exactly is scope creep? It can be summed up as adding work to a project once it’s underway without adding to the budget.

It often starts small and unnoticed. But the longer you let it go, the bigger and more out-of-control it grows. It sounds nasty, but it’s a problem that can easily be avoided with a few simple tactics.

As designers, we understand how the design process works. People who hire us to do design work are not designers themselves and therefore don’t understand how the design process works. Going into a project, you understand exactly what you’re being hired to do. Your clients, on the other hand, often have the much more vague idea that they’re simply hiring a designer. What exactly that designer will do is not yet explicitly clear to them.

Setting boundaries and laying out the scope extremely clearly before the project starts can prevent the majority of scope creep from ever happening. This can be accomplished with a simple project agreement that you have the client sign off on before beginning a project. A basic, but effective, agreement should have the following elements:

— The exact services you’ll be providing (be extremely specific: Define every deliverable and service)

— The estimated cost of the services you’ve defined

And that’s all you need. The majority of scope creep can be prevented with these three simple items.

Catching scope creep early while it’s still small makes it easier to get rid of. Early signs can sometimes be subtle and hard to spot, but if you know what to look for, you’ll be able to snuff it out before it becomes a problem. Here are some signs to watch out for:

— Your client wants to revisit a previously approved or completed item

— Your client wants to add “one little thing” to the project (tweaking a logo, making a web ad “real quick” while you’re working on a print ad, etc.)

These may seem small, but every extra bit you do means more hours that you’re not getting paid for. It also sends your client the message that they can add more work to the project without adding more money. It can easily turn out to be a real-life version of “If You Give A Mouse A Cookie,” and while the children’s book is a funny story, doing more work for less money isn’t so funny.

So you’ve seen some early signs of scope creep, and you’re terrified of the slippery slope you’re on. But you’re even more terrified to confront your client about it or tell them “no” — they are paying you for your service, after all.

There are several ways to handle these requests for more work that can keep your relationship with your client on good terms. Here are a few easy ways to respond, depending on your current workload and amount of other projects you’re working on:

Your client understands that you’re running a business and in most cases they are, too. Be honest with your clients about the additional effort and the fact that it will cost more when they ask for something outside of the original scope. They’ll either tell you not to expand the scope or they’ll agree to pay the extra bit.

This is something many of us, especially young designers or those who are new to freelancing, struggle with. As designers, our most important asset is our time.

Clients are paying you for your time, but they’re only paying you to spend time on the services you quoted them for. Anything else you do for them is a favor. Being nice and giving favors is great, but you’re in this to make a living, not to make friends. Avoiding problems like scope creep early is one excellent way of helping you do both.

If you keep these things in mind and put them into practice, you can avoid letting scope creep into your projects. While building Krit, we’ve talked to many designers and learned that scope creep is one of the biggest and most common problems for freelancers.

We’re on a mission to make working with clients easier, more enjoyable and fun. We’re working extremely hard at building our software so that it helps weed problems like scope creep out of projects.

At the end of the day, we’re designers because we love designing. Avoiding problems like scope creep helps us spend more time doing what we love. And who doesn’t love that?

If you have any questions, ideas on how we could have done better or feedback on Krit shoot me a tweet @austinwprice or email me at austin@krit.it