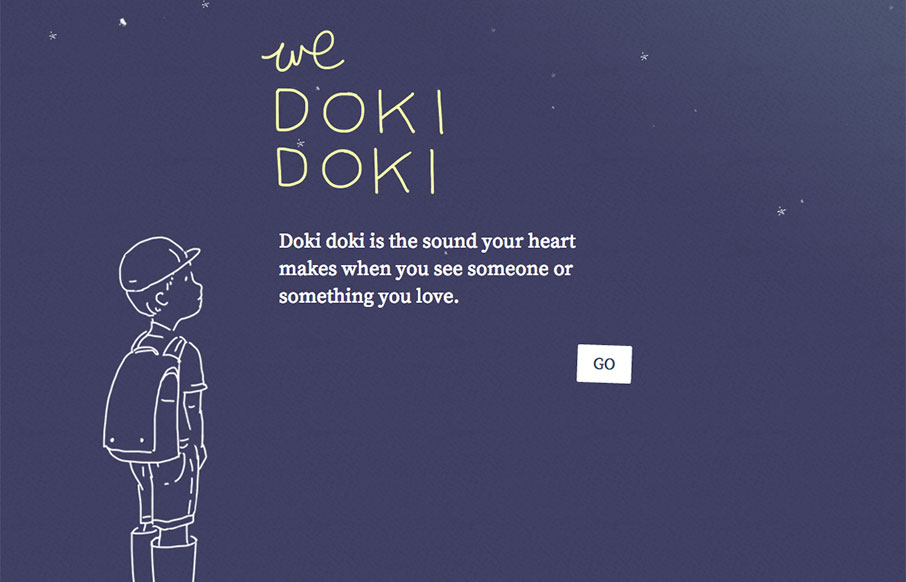 Cool site as a build up to a book release later this year, for The Sound of Silence – and the site I think is called We Doki Doki. See more from the designer here:

From the Designer: We Doki Doki explores a new Japanese onomatopoeic sound each month and is the collaboration between an author, an illustrator, a composer and a digital product designer.

We loved the idea of creating a looping GIF for each sound, and liked the added benefit of the experience being seamless on mobile (rather than the awkward way iOS treats video).

But clearly GIFs are inherently silent (which would be silly for such a project), so we layered the sound underneath with the Web Audio API.

We also wanted it to feel great to the touch on mobile so we used @metafizzy’s (@desandro’s) tool called Flickity. Simple, awesome win.

It’s been really enjoyable to collaborate and we’re really excited ourselves to see how it evolves.