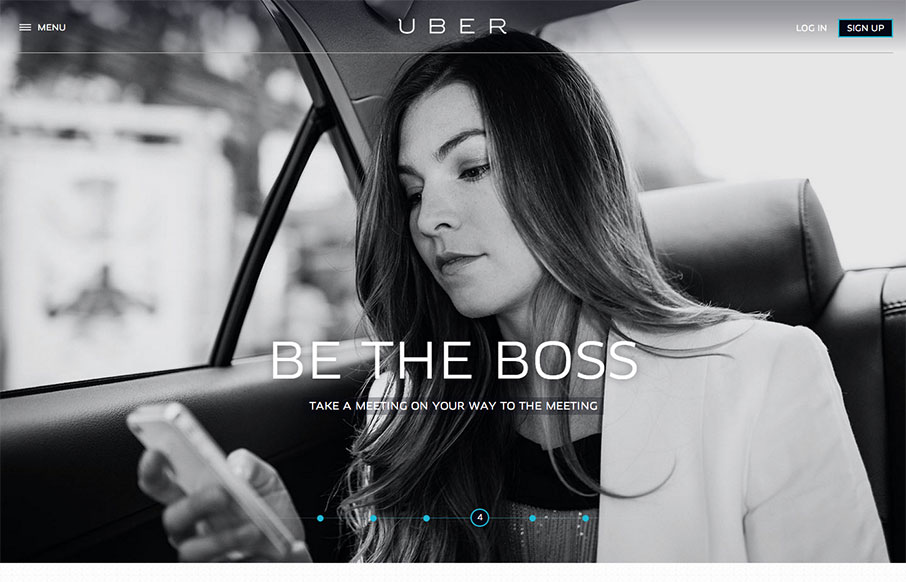 The new Uber site design is slick and upscale. Nice use of the slideshow IMHO, the images are something out of vogue and adds to the visual branding that they’re rolling with. The site is a stark black and white design with a hint of of the blue/green color used for emphasis. The background isn’t just a white or gray it has a nice little texture that helps give it that sliver film quality. The hero images get kind of distorted on smaller screen widths when I viewed it but that’s not a deal breaker on this design for me by any means.

The menu design is nice too, again we’re seeing that mobile first thought of using the icon to coax the user to expose the navigation, it operates seamlessly when used on Uber’s site and also has links to go snag their apps.