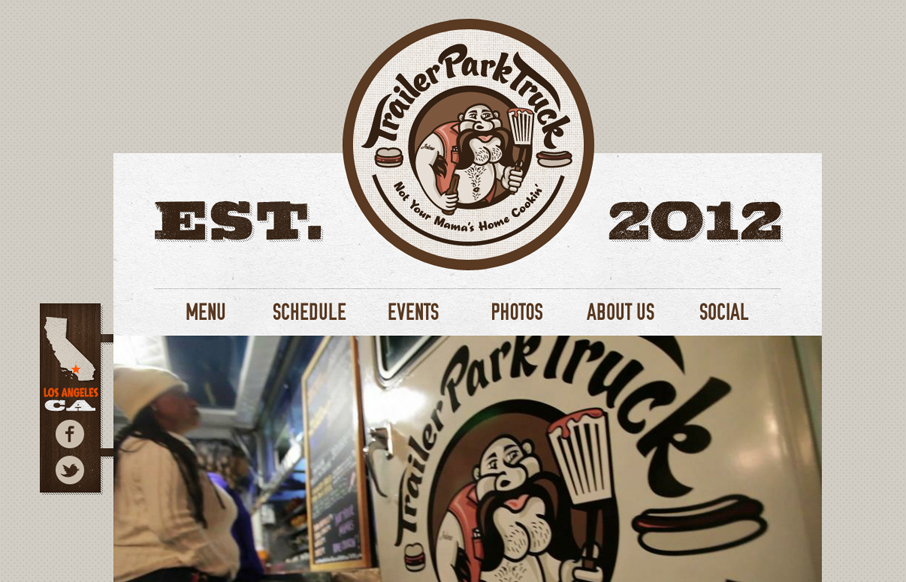 It is the vision of Dave Miller, who spent his youth touring the world in a punk rock band, then working in the NYC music industry and party scene before finally settling in Santa Monica where he saw the need for a new kind of food truck experience. He teamed up with some of the most talented chefs in LA to develop a menu of amazing “gourmet American comfort food with a twist”. But he soon realized that it’s about more than just amazing food (you can get that on any street corner in Los Angeles) — Trailer Park Truck is a 24-hour traveling food party!

I really dig the brand/vibe of this site. It’s totally over the top stuff and that’s what makes it so fun. It’s for a food truck, which has to be just about as much fun to work with as your own project because you could have the opportunity to ape shit with it. Which is what it looks like the web design group Forefathers has done.