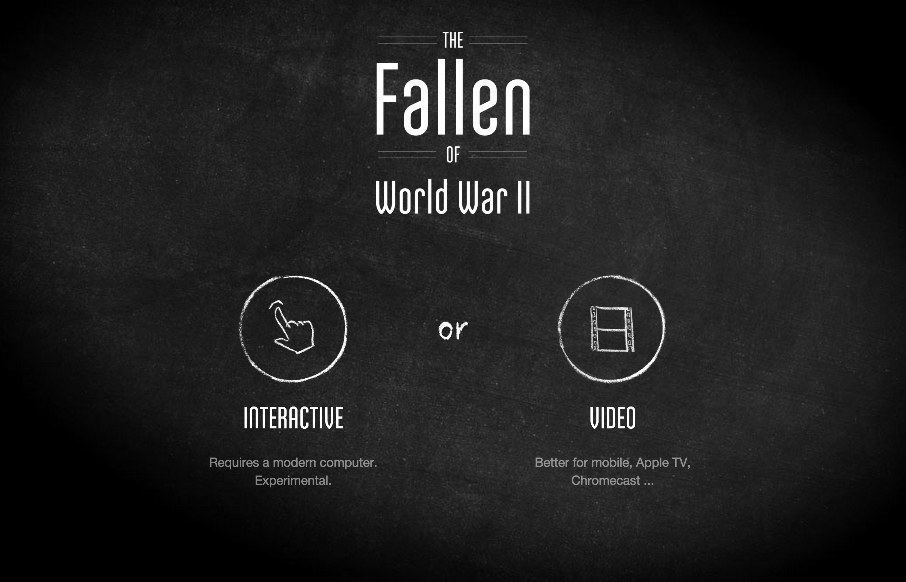 The Fallen is an interesting website, especially to a history and WWII buff like me. Granted, the majority of the site is video based – but as the author / coder Neil Halloran points out, “In the interactive version, the interactions are at around 7:21, and 16:17. And right before 17:00 it starts zooming in on the actual current date and time(!) that the viewer is at.” And when he says current date and time – it’s to the second – that’s pretty cool when you think, “hey, I was just watching a video, right?”

It smart data visualization that tells an interesting story – it’s not your grandfather’s regular old infographic. (BTW  – as with any video, the fun is in the comments – especially when some of the Americans describe to a Russian what BS means… and the fact that the majority of the commenters were not alive when WWII was going on – as pointed out in the video)