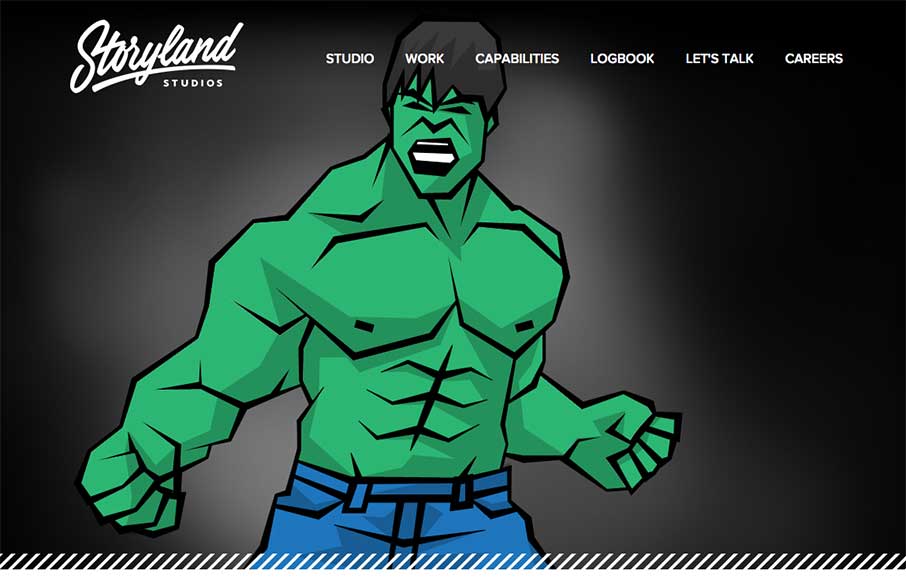 So John that works with us here at Unmatchedstyle sent me this yesterday – Storyland Studios near LA – made by Sputnik Studios in Austin.

John’s quote on it was: “the content is of course what excites me the most but the site is well made I think (How could you go wrong with lots of giant Hulks, or a knight cycle?)”

Well made it is – and love the intro of the Hulk as he goes from smoke – to black and white – to color – to real – when you go through Storyland Studio’s work, you’ll recognize this as the simplistic version of the process they go through in order to build extraordinary work. Good movement throughout the site on hover and occasional video backgrounds – and like the info they put into the case studies – actually, would like more of it – but that’s the geek in me wanting more.