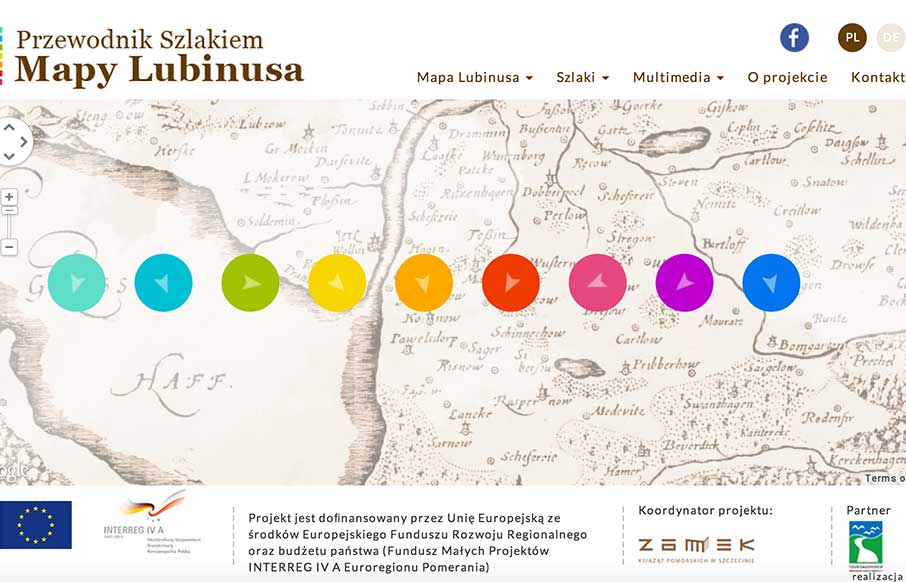 This is a fun one to end the week with. As you’ll see below from the person who submitted this site, the map is based off of the Google Maps Engine, which I don’t think I would have caught if they didn’t mention it (make sure you scroll out).

i want to share with you information about our new project and encourage you to visit our new website http://lubinus.pl/ which based on Google Maps Engine.

Great Map of the Duchy of Pomerania, developed in the years 1610-1618 by a scholar and researcher Eilharda Lubinus (http://en.wikipedia.org/wiki/Eilhard_Lubinus) commissioned by the Duke of Pomerania Philip II, became the starting point for the determination of nine tourist routes that lead through forty nine village of Western Pomerania and Mecklenburg-Vorpommern. Project has invented by Castle in Szczecin for those who wish to visit places relatively little frequented, but because of the values ​​of sightseeing and historical worth knowing.