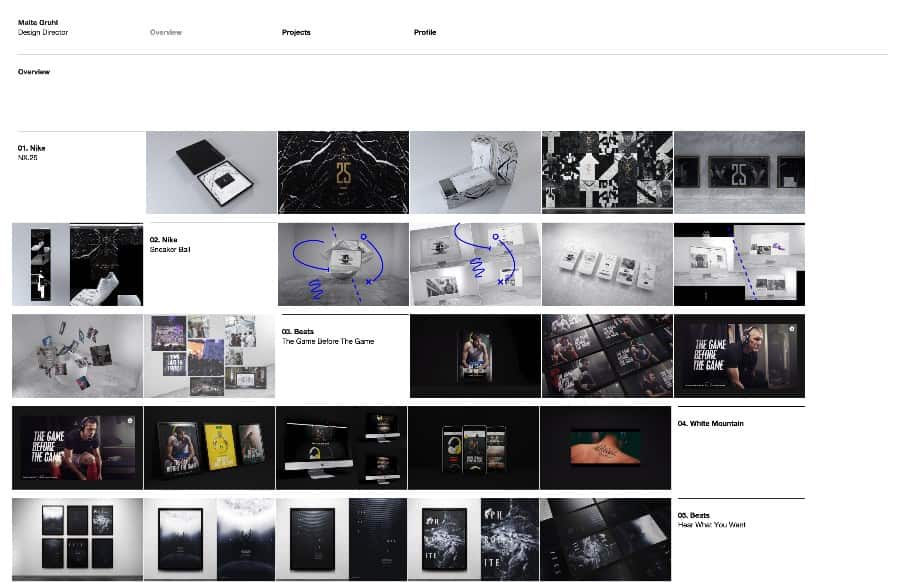 I think Malte Gruhl out of London, has worked on every ad campaign as a design director ever created – at least it feels like that in his portfolio site. It’s some sweet work encapsulated in good minimalist design. The images seem lower-res so that you can get some much in this one-pager, that feels like more.

From the Designer:
Award winning freelance Design Director, currently based in London.