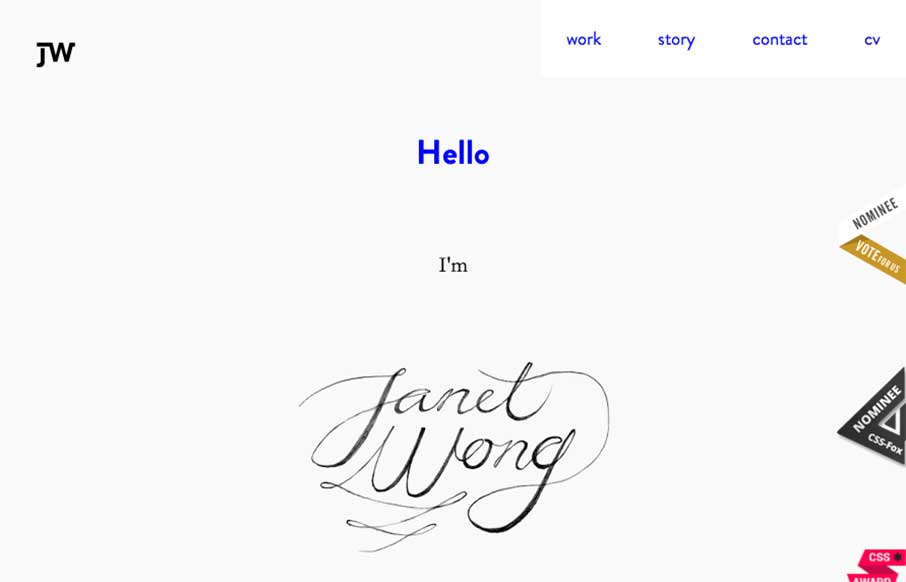 Pretty cool stuff going on with Janet Wong’s portfolio site. I actually enjoyed the loading animation and the way you move around the page as user, simple but with some little quirky things here and there. Check out her CV – interesting way of presenting yourself on paper as a designer.

From the Designer: This is a personal portfolio from Malaysian Web Designer, Janet Wong. Influenced by minimal, sophisticated, straight-forward concept design with an odd, quirky touch.