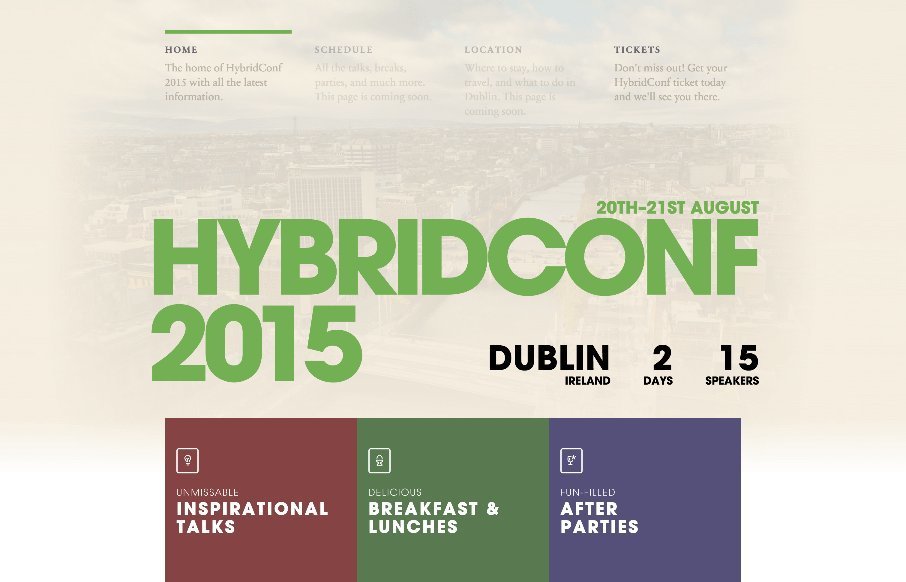 Sweet looking conference website for HybridConf. Man, wish I could go! I dig the way the main nave is kept simple in it’s breadth but has description written under each element. My favorite part is the way they’ve done the speaker profile/images. Clever layout here.

From the Designer: The new website for HybridConf 2015, the third outing of the conference that brings together designers and developers into one big melting pot of creation inspiration. This year held in August in Dublin, Ireland.