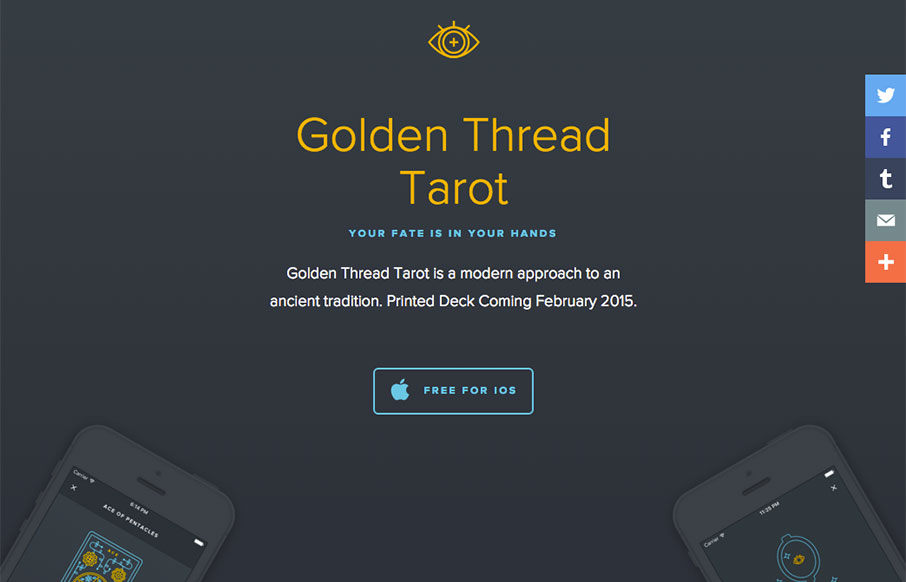 This is a cool app product page for Golden Threat Tarot by Tina Gong out of New York. Fun use of animated gifs with flat illustration to show the different views of the app. Since we’ve made tarot cards for one of our conferences a few years back, we know a lot of prep went into the design side of the app itself – just on the card side – cool.

From the Designer: Golden Thread Tarot is a modern approach to an ancient tradition. Our belief is that tarot is not about revealing a fixed future, but giving you access to the self knowledge you need to make better decisions and act with awareness.