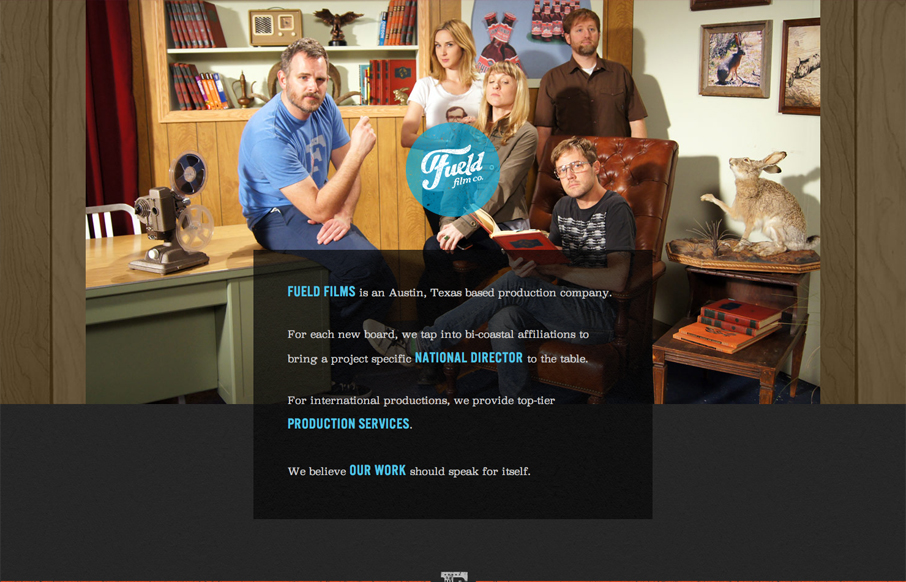 Fueled films has an amazingly bright feel for such a dark design. I like the theatrical photography and understated humor. I can tell that these people are in the business of entertainment.

One detail I find very interesting is the embedded navigation found on the home page. Generally speaking, I favor obvious site wide navigation so that content is easy to traverse and parse. However, the way that nav items are embedded in sentences give context to an unusual set of primary nav items. It provides the viewer with a brief explanation of page titles that might otherwise be confusing. Instead do making navigation hard to identify, it clarify’s the site content in a general way and gives the viewer just enough clues for them to get their bearings.

Clever. I dig it.