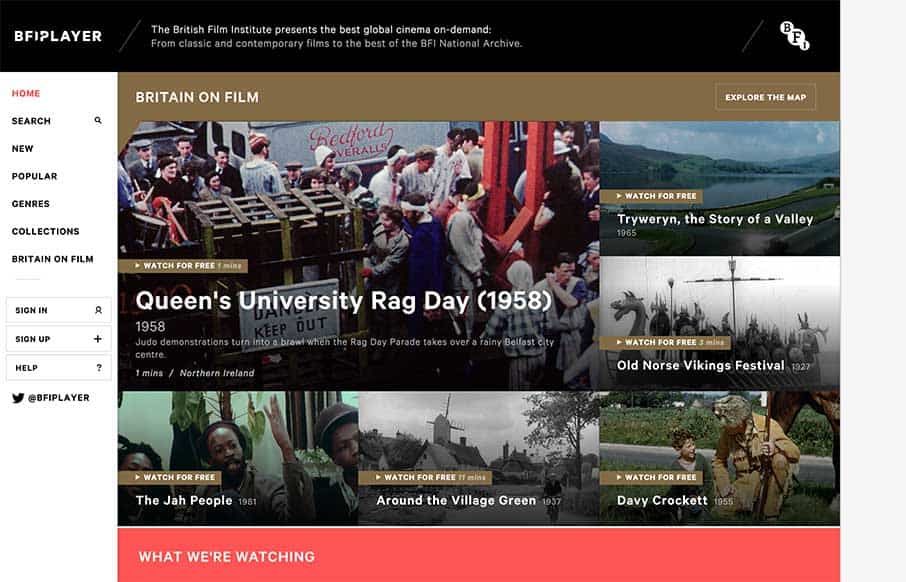 This may be overload for your brain on British films – but the BFI (British Film Institute) Player is loaded with so many different directions to go, hi-res images from the films, themed categories of films, a map feature to show you where they were filmed, and 5 movies that Julianne Moore has filmed (that’s where she’s been).