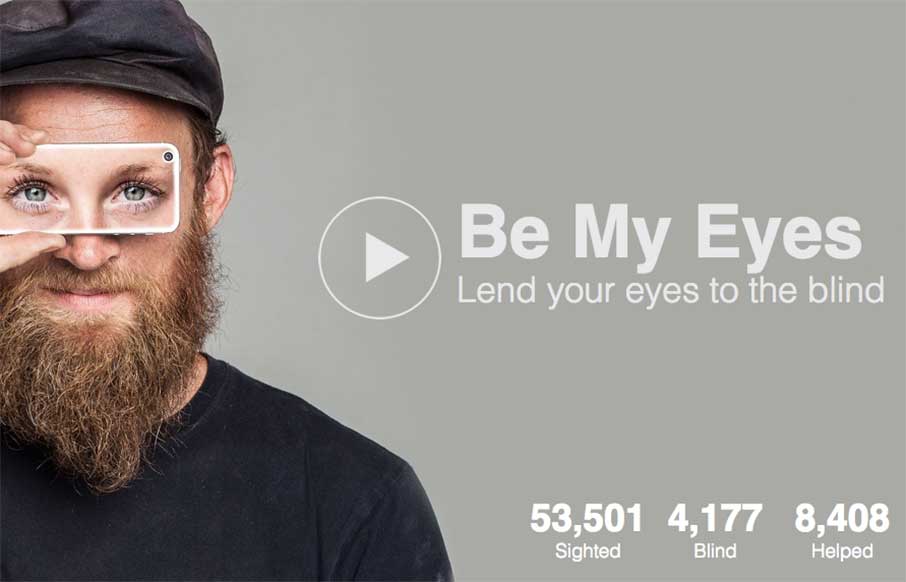 Robocat out of Copenhagen, Denmark, has an incredible app called Be My Eyes that, “is an app that connects blind people with volunteer helpers from around the world via live video chat. Download now and start helping blind people see.”

A truly inspired idea: http://t.co/Gd3g3HyIt8 pic.twitter.com/Ro5GDhBYD3 “This is the promise of the internet. @carlsmith”

The site itself is also cool – really just a one pager, but clean, simple, and accessible to drive you to the point – download the app and help.