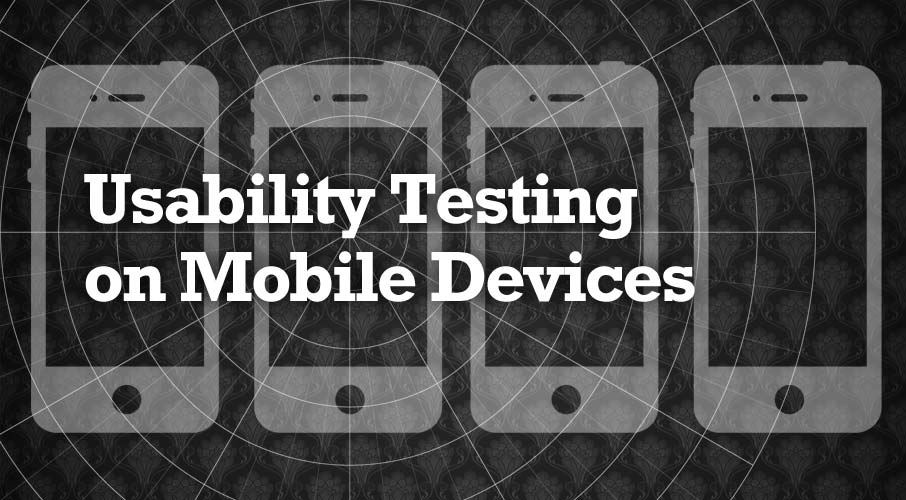 If you’ve been following Jenn Downs (@beparticular) from MailChimp, whether online or at a conference or meetup, you know that she’s been doing some pretty fantastic things with usability testing on mobile devices. Most recently, Jenn was up at the Charlotte UX Meetup Group to share the what and how of her endeavours.

To kick things off, Jenn shared some great resources to help you gain insight and analytics on your mobile apps.

So one of the best parts of seeing Jenn live, is getting to look at the scrappy rig she put together in order to observe and record users working with their mobile device. Although her inspiration was made with erector sets and silly putty (which is resourceful), I have to say I’m much more impressed with the clean and simple solution she came up with using basically a chip clip, rubber band, and camera. I wouldn’t hesitate a bit to clip that thing on my phone, but show up with some pieces of metal and sticky gunk and I may be less inclined to do your test!

When conducting an in-person test, Jenn uses Photobooth on the Mac to capture the feed from the camera rig, and Screenflow to record the tester’s face and audio. She shared a tip that when you record the video, it will be upside down, but Screenflow allows you to invert that in post-production. Also, another tip you’ll need to know is to take the brightness on your device WAY down in order to get a clear picture. For iPhone, somewhere around 25% is okay, with Android devices you’ll need to take it almost all the way down. A higher quality camera may help a bit with that, but if you’re conducting a test to observe gestures and more general use, then you should be okay with a lower res video. 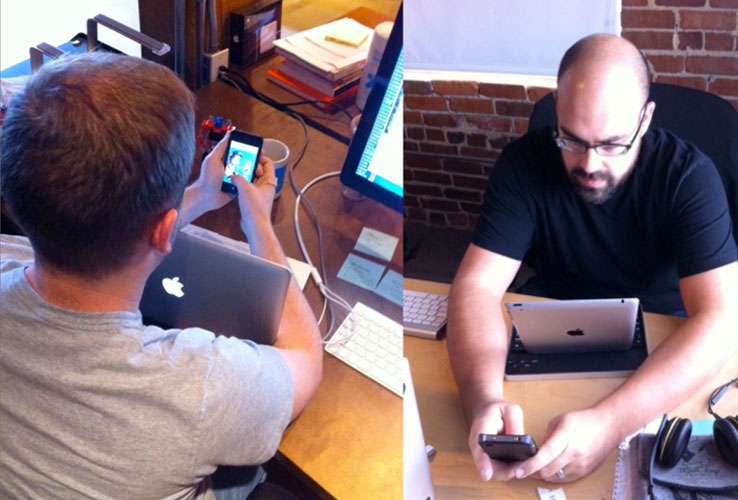 One of the challenges Jenn had gaining momentum with mobile testing is that things started rocking and she couldn’t get enough local testers quick enough. Time (and gas) is money, so in order to broaden her list of available participants, she decided that Remote Mobile Testing was the way to go.

Through a stroke of genius/necessity she invented the Laptop Hugging Method. The convenience of the built-in iSight coupled with the open space between 2 arms, makes for a fairly unobtrusive experience for the user. By literally wrapping their arms around the back of the laptop, and starting up a video chat, the test participant could record a more natural use of their phone. Although there is no bulky camera to attach to their devices, there’s a little bit of attention needed to keep the phone in the frame. However, as you can see from these pictures, it seems pretty simple.

Sessions were recorded using Silverback and video calls via Skype. Trial and error proved that in order to successfully record audio, the tester has to initiate the video call. Little tips like this make Jenn’s experience all the more helpful for the rest of us!

What else is out there?

Tech evolves and people refine efficiency, thus new ways are born. These were a few other options mentioned at the end:

I think the best part of the whole presentation was to know that there’s no one way to get the job done. It seems we’re only limited by our imagination. Having people like Jenn and the folks at MailChimp sharing and collaborating like this makes it a heck of a journey. If you’re super-stoked at this point, here are a few blog posts and such that you can check out to further inspire and inform you: